Eight hours of rigorous shooting yesterday in Smothers yesterday, and eight more to go today. It’s tough work, but somebody’s gotta do it.

Keep posted for live updates from the shoot. 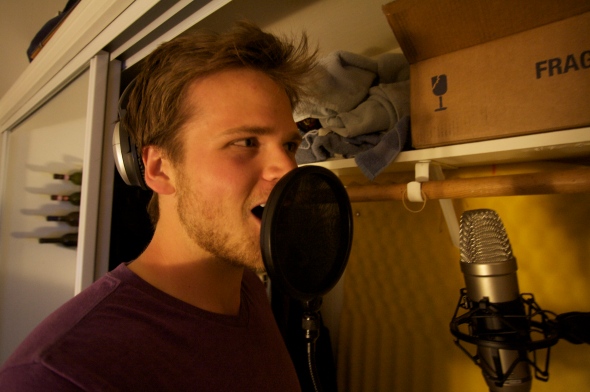 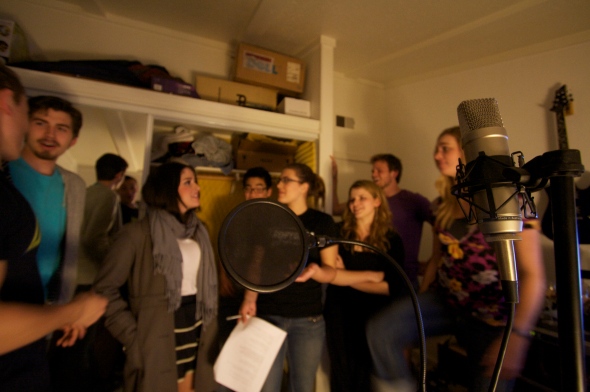 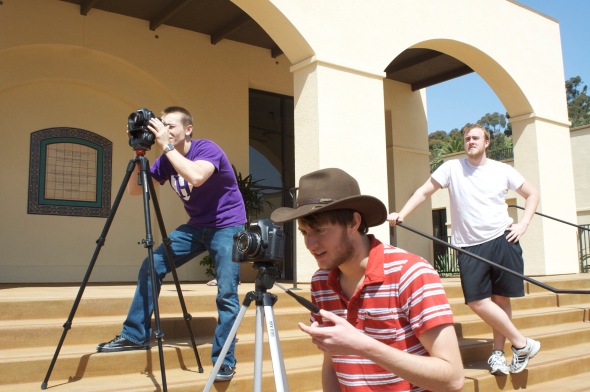 Some information on Our Camera

Firstoff, thanks to all who helped on the shoot of the title track, “Life is Not a Musical” yesterday. The footage is looking incredible and we wouldn’t have great looking footage without great things to shoot. All of our extras/dancers really gave it their all in rehearsals and the multiple takes done on a very hot Saturday morning. Thank you all kindly, production stills should be coming soon!

Now, as some of you who have been on set may have realized, we are no longer shooting on a RED ONE camera. We have instead decided to shoot on Canon DSLR’s, more specifically, the Canon EOS 5d Mark II. If you’re anything like the production team when we first uncovered this technology, you’re a little rattled by the idea of shooting a feature film on a “still camera”. However, the footage speaks for itself. There is a movement among independent filmmakers who are making movies on these cameras, and the quality is comparable if not equal to the revered RED. In some senses, the convenience of working with the 5d camera does a production like ours a lot more favors than a RED would have.

While I will spare you in-depth tech talk about the higher points of the camera (links will be included in this post for reference), I’ll say essentially why we chose this camera. It can record video in full HD with a full frame still camera size 35mm sensor, which is much bigger than a movie sensor. The availability of lenses for still cameras is a wide variety with reasonable pricing, as opposed to film cameras and the RED, where buying lenses for variety of looks can quickly run up to five-figure prices. Additionally, editing the footage shot by the 5d is a much more simple task than RED footage. 5d footage, with the help of some additional software, can be edited in final cut pro without too many roadblocks on interface. The RED however, is quite a complex process; mainly because of the sophistication of the information it records. This requires very specific programs to edit, and thoughtful consideration while shooting.

As I said before, there is a movement among filmmakers who are adopting these cameras as their primary shooting cameras. One filmmaker specifically, Phillip Bloom, runs a website that he uses to showcase his work and runs an open forum for DSLR users to share and learn about the technology together (I will include links to his page at the bottom of this post). Robert Rodriguez, director of such works as “Desperado”, “Sin City”, “From Dusk Til Dawn”, and “Spy Kids” is famous for his work in cinema on a shoestring budget (see “El Mariachi”, $7000 to produce); recently shot a music video on a 5d, which should be released in the next month or so.

I encourage you to do some research of your own on this new technology. I’ll include a video in this post which compares the 5d Mark II with the RED as well as another DSLR camera, and as the video with the incoherent plot posits, see if you notice anything different.

For More Info on the Technology,